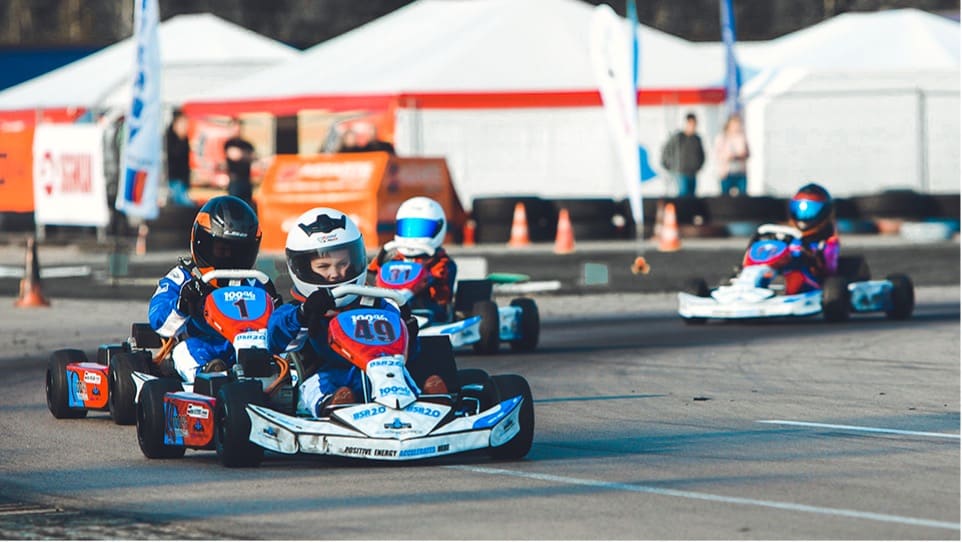 The company started its activity in 2015 by developing electric karts for entertainment and competition. It took only 3 years until BSR established the World’s first national electric karting championship in 2018 in cooperation with the Latvian Automobile Federation and Latvian Mobile Phone, thus demonstrating the company’s ambitions and capabilities.

Shortly after the launch of the championship, BSR attracted 220 thousand Euro investments through the crowdfunding platform Fundwise. me, which allowed for various certification IP registrations and other important processes.

In 2021, BSR already reached a turnover close to 2 million Euros by selling its products in more than 30 countries around the world – Japan, the USA, the United Arab Emirates, Mexico, New Zealand, etc. At the end of the year, BSR attracted another private investment totalling 825K Euros from Austria and Latvia, which allowed the company to build a new battery production, plastic bodies production, welding facility, electronics assembly and testing factory of 1000+ m2, purchase new production equipment to improve quality, production speed and optimize costs. 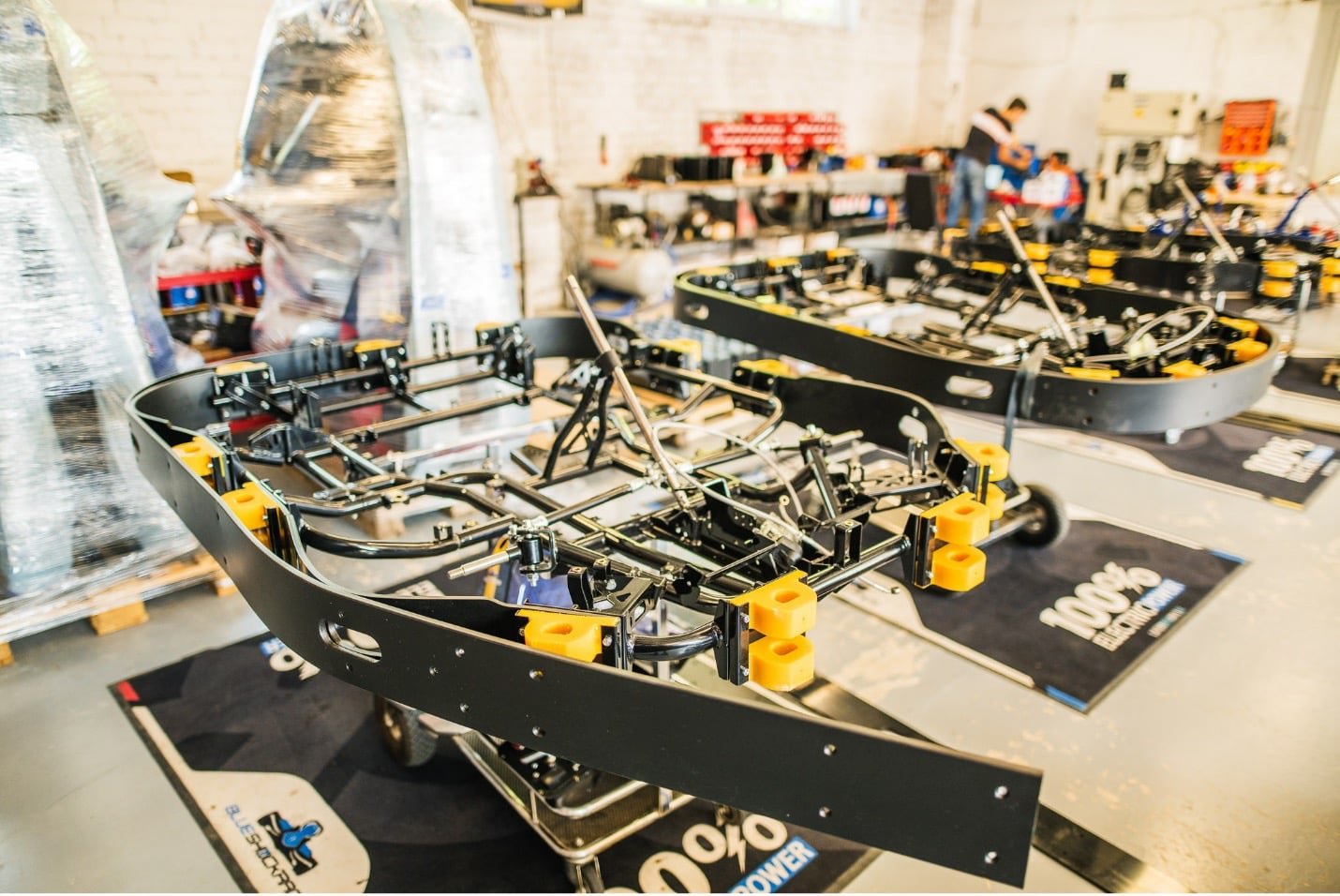 In 2022, in the first half of the year, BSR already surpassed all the indicators of 2021 by delivering more than 260 units to 32 countries with a turnover exceeding 2 million Euros till Q3. The goal in 2022 is to reach a turnover of 4-5M Euros. BSR has been able to increase its turnover 10x in the times of Covid and we are sure that the current situation in the world is an opportunity that BSR must use to the maximum.

Blue Shock Race has been built all these years as an electro technology platform in the energy and mobility industry and karting has been an excellent base platform on which to build it. Currently, thanks to large exclusive long-term contracts with the biggest players in the industry, such as Birel ART from Italy, Team Monaco, Japan, Mexico, etc., which provide stable long-term revenue for BSR’s karting department, BSR can develop the next directions from its big plan. 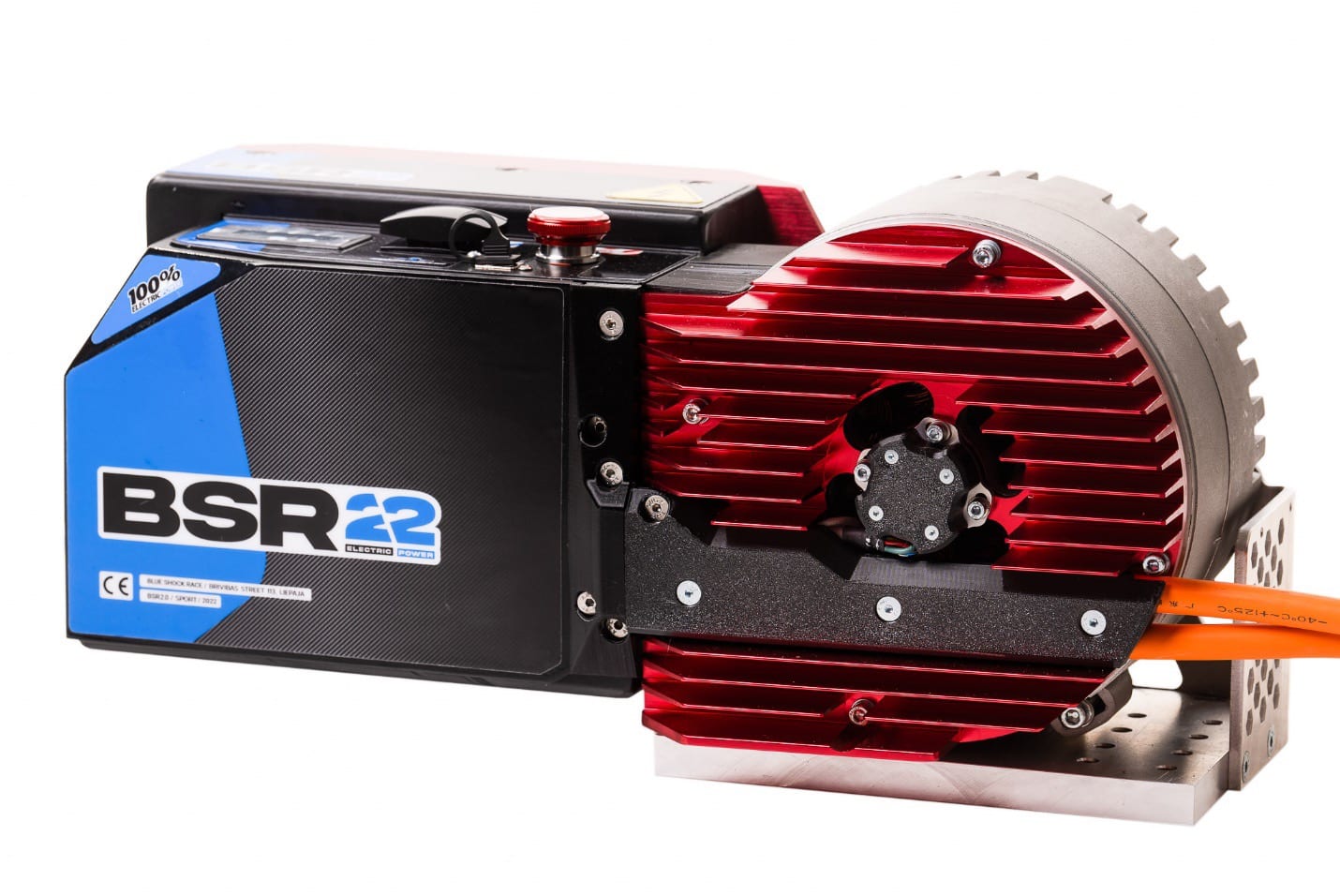 Currently, BSR is already actively working on all the necessary documentation for BSR to become a public company by launching on the Northern European NASDQ, OTC Markets and other small-level public markets, where together they plan to develop the following directions:
– 9B Project (BSR Franchise with future electric car off Grid charging platform).
These centres provide alternative energy generation from the sun and wind, as well as a high-capacity energy storage system, thus ensuring a fixed electricity price for 20+ years at the lowest costs and are able to provide up to 200 electric car charging per day from one centre, which together with the rest of the centre activities are able to generate annual turnover of 1.2-2M Eur with an ROI of 36-48 months (depending on the location). One Location requires from 3-5M Euro Investment. BSR planned to attract up to 50M Euro from the public markets for this direction within 24 months. 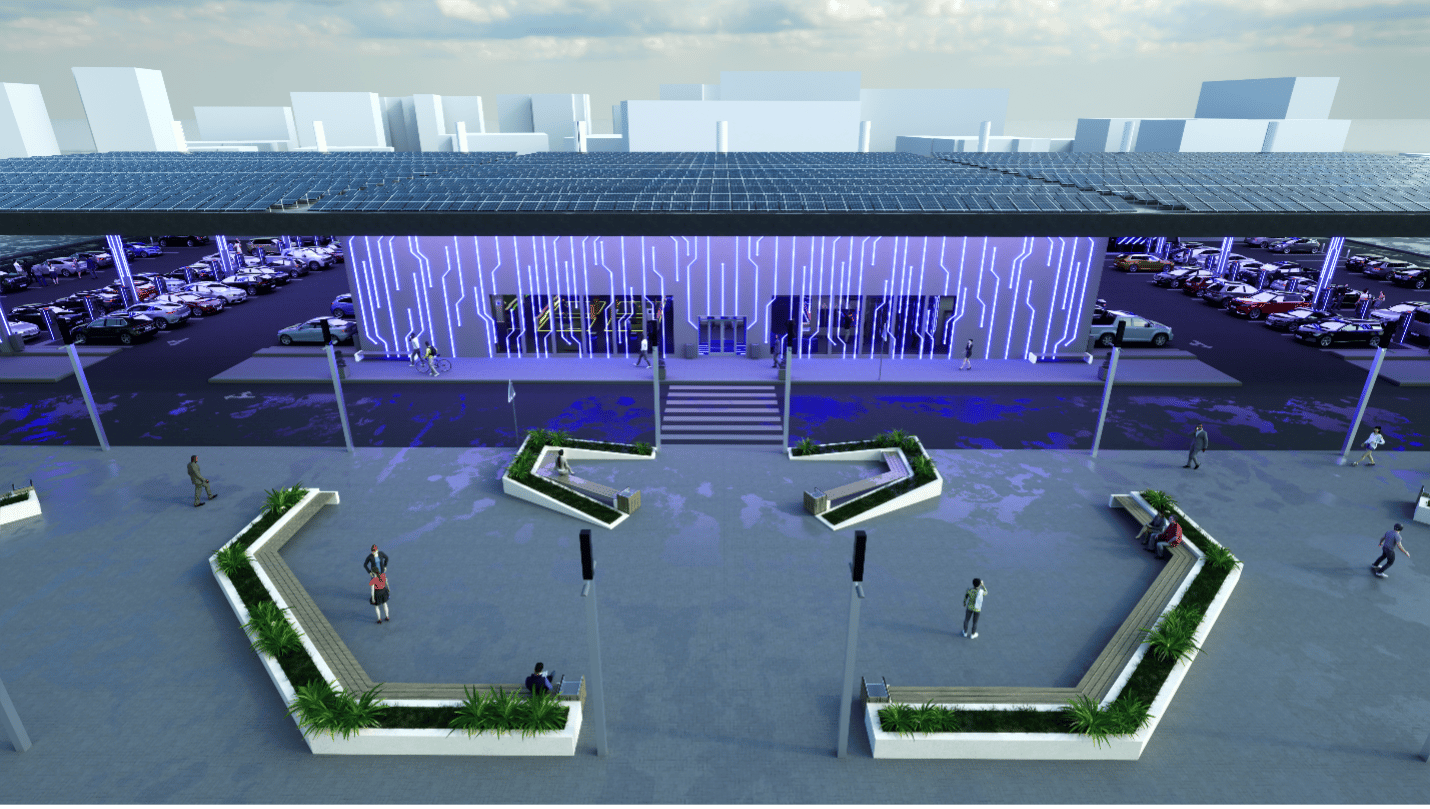 – Moto Bike (a multi-functional electric motorcycle power unit that can be integrated by various market players in their production and start offering the production of a wide range of electric bikes to their customers). In addition to that, we also are in final development stage for our flagship full-spectrum electric motorcycles, thus will demonstrating the maximum potential and presenting ourselves on the market as an electric motorcycle manufacturer. The first motorcycle and Units will be presented and pre-ordered in early 2023. It is planned to attract a total of up to 500K Eur for this project. 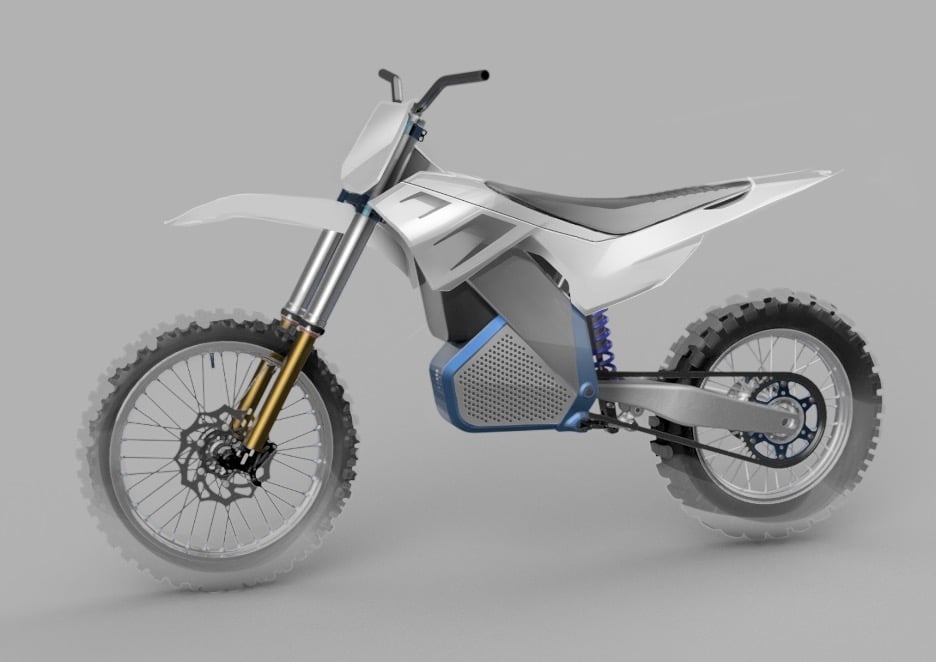 BSR has currently developed a plan to achieve a turnover of 20+M Euros within 1-2 years and to increase it 2-3 times each year, reaching a total IPO valuation of 500M Euros by 2025, based on the developed technology, its introduction to the market and the market acquisition plan.

The plan might seem ambitious, but by obtaining an IPO, BSR becomes not only a manufacturer of karts or motorcycles, but also an Energy producer and Franchise Centre operator, and in addition generates Carbon Credit assets, which can potentially form one of the Largest IPO valuation positions. Aware of its technological strengths and the financial power that being public it can provide, BSR has the potential to reach a valuation of 1.5-2.0 billion by 2030. 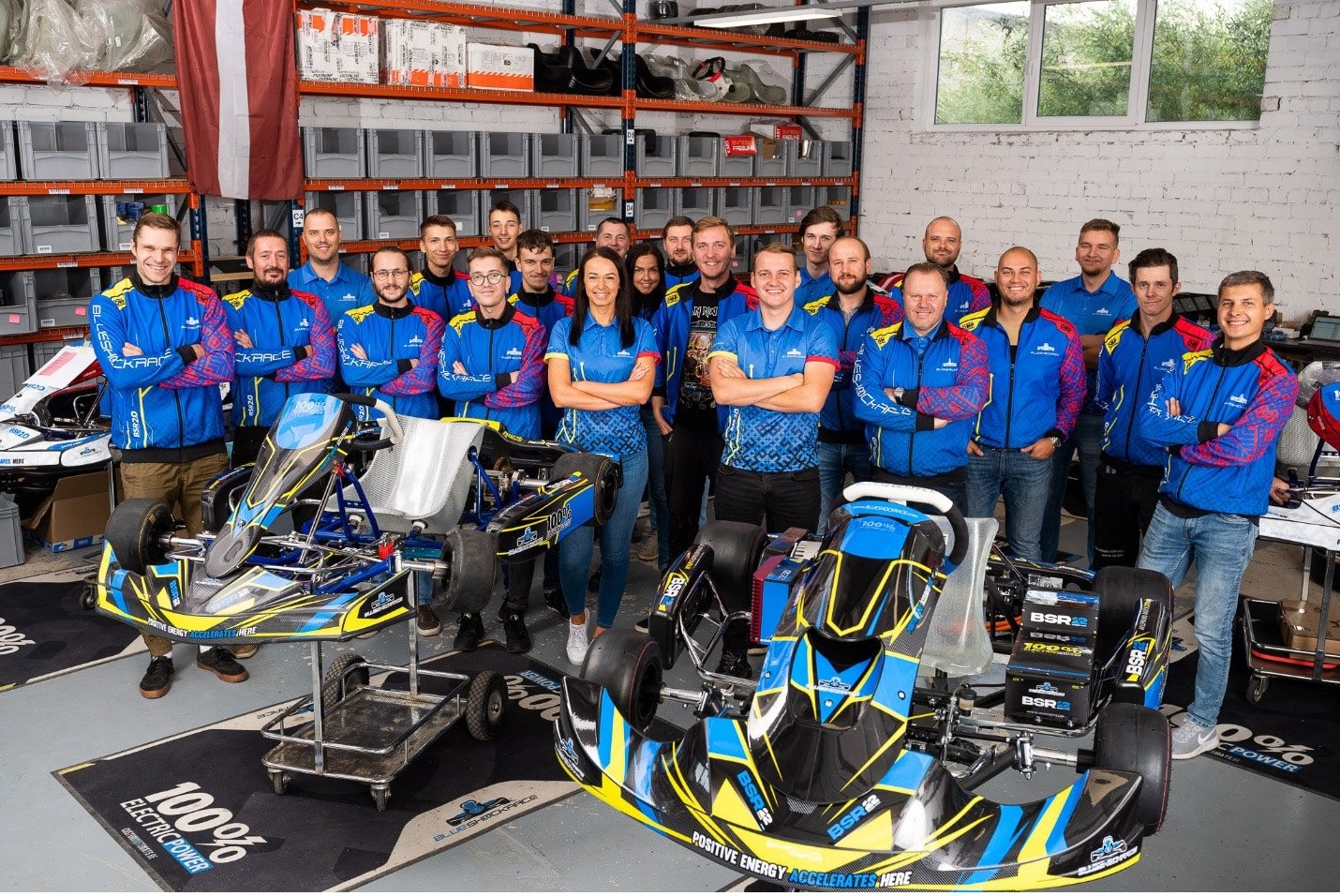 Artis Daugins – BSR Founder and CEO: “I am sure about what we are doing and where we are going, in the last 5-7 years we have broken a path in the world by selling our products in all economically active continents, we have created a strong in-house production and created a strong team of engineers, which allows us to be confident in ourselves. By attracting additional capital and the right strategic partners in the next 1-2 years, BSR Group will become a serious energy and mobility player in its industry.”

Currently, BSR is looking for large strategic partners from the auto industry and the energy sector, with whom to build close cooperation in solving industry problems, fundamentally making these sectors more efficient from the point of view of costs and more independent from the global energy system.

An overview of Wireless Crane Scales

Are Real Estate Taxes The Same As Property Taxes? A Complete Guide!