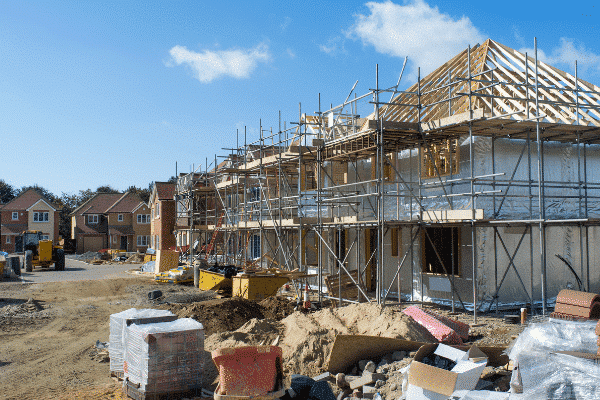 A recent discussion panel organised by Development Finance Today shone light on just how many developers are submitting proposals without adequate contingency plans.

The roundtable discussion included representatives of Adair and FRP Restructuring Advisory, who discussed the potential for things to go wrong for developers and the importance of planning proactively to mitigate risk.

Phil Reynolds stated that even though the market is relatively robust, developers should be including elements in their proposals which may not have been necessary at the beginning of last year. He spoke of the importance of producing detailed and credible proposals, inclusive of not just a realistic timeline but also evidence of contingency planning for things like staffing issues, material delays and cost inflation.

“I want to see that developers have thought of those issues and have factored them into the proposal,” he said.

“The more that’s included, the more confident I am to say to the lender that it looks like a robust proposal to lend on.”

He went on to say that a lot of developers aren’t currently doing themselves any favours by submitting proposals that are “really poor”.

“A lot of the time, we see what almost looks like cut-and-paste proposals, as if they’ve changed the name on the top of the one they’ve done before and re-submitted it,” he said.

He acknowledged the fact that an individual who is an accomplished builder may understandably not be up to par with the admin side of the issue.

“When someone turns up and asks for build costs and your documents, they look at you with a blank face,” he said.

“On the other hand, you’ve got people who are fantastic at the paperwork side and can’t really build!”

Continuing the theme of ineffective or absent contingency planning, Richard Payne said it is remarkable how often this particular issue is encountered.

“You would be amazed how many [proposals] come forward with no or inadequate contingency,” he said.

“Lots of lenders, by default, will build in a 10% contingency according to their own risk margin – and that’s a very sensible approach. They will always have it in the facility, whether the developer wants it or not, and it will still have to work with that 10% contingency assumedly spent.”

He went on to say that in order to convince a bridging loan lender with a proposal, a developer must be able to provide evidence of having considered a scenario of rising costs, and who will cover them if necessary.

“If the developer has all these things lined up in the proposal as to what they are going to do, then that will be an impressive start to something which is invariably not covered until the lender asks the questions.”

Meanwhile, Alexander Pelopidas spoke of the title, indemnity insurance, right of light, and tax being the primary legal pitfalls within the development contract itself.

“These are little things before you even get going that you need to make sure you understand,” he said.

Development finance can be arranged by speaking with UK Property Finance.

How to create more headspace?

How the world can benefit from kids learning entrepreneurship

Craig Upton supports UK businesses by increasing sales growth using various marketing solutions online. Creating strategic partnerships and keen focus to detail, Craig equips websites with the right tools to rank in organic search. Craig is also the CEO of iCONQUER, a UK based SEO Agency and has been working in the digital marketing arena for many years. A trusted SEO consultant and trainer, Craig has worked with British brands such as FT.com, djkit.com, Bridging Finance, Serimax and has also supported UK doctors, solicitors and property developers to gain more exposure online. Craig has gained a wealth of knowledge using Google and is committed to creating new opportunities and partnerships.