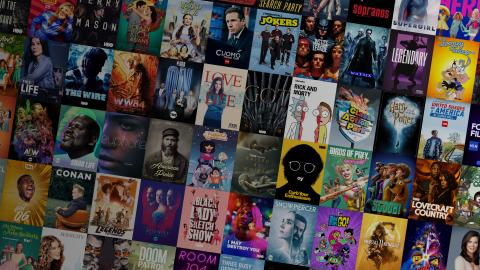 AT&T and Discovery announced on Monday a deal that will merge WarnerMedia – the parent company of CNN -and Discovery to create a new media company. The deal, which is yet to receive regulatory approval, involves CNN, HBO Max and Discovery.

At a virtual press conference, the Discovery CEO David Zaslav said he will run the new media powerhouse company. “I think we fit together like a glove,” he said.

The announcement continued to say, “AT&T would receive $43 billion (subject to adjustment) in a combination of cash, debt securities, and WarnerMedia’s retention of certain debt.”

Further, AT&T will have 71% and Discovery 29% of the new media company’s shares which will start with a $55 billion debt.

The planned merger sent shockwaves in the entertainment industry and the streaming world for the new company will change the streaming war as it competes with the two top streaming players; Disney and Netflix. The stock market also reacted to this great news where Discovery shares rose by 16% pre-market but later dipped 2% while AT&T shares went up by nearly 2%.

This deal will likely take effect mid-2022, and customers will have a wealth of content to pick from, as the new media company plans to invest more in content in the future.

In view of that, over 100 brands will be combined, and the yet to be named company will “own one of the deepest libraries in the world with nearly 200,000 hours of iconic programming.” Some of these brands are Animal Planet, CNN, Cartoon Network, Discovery Channel, HGTV, Food Network, Turner Sports, etc.

Indeed, as the streaming business gets competitive, smaller players are likely to merge and customers to pay more for streaming services.

Zaslav is optimistic that the combined business will be successful as it will bring in the right people to create content that subscribers will love and shake the media and entertainment world.

He said, “We’re positioned to get 200 million homes, 300 million homes because we have all the content people love. I think coming together, we’re not just better together I think we’re the best media company in the world together. This jigger puts us on a path to give us every opportunity on the media side to be a real force.”