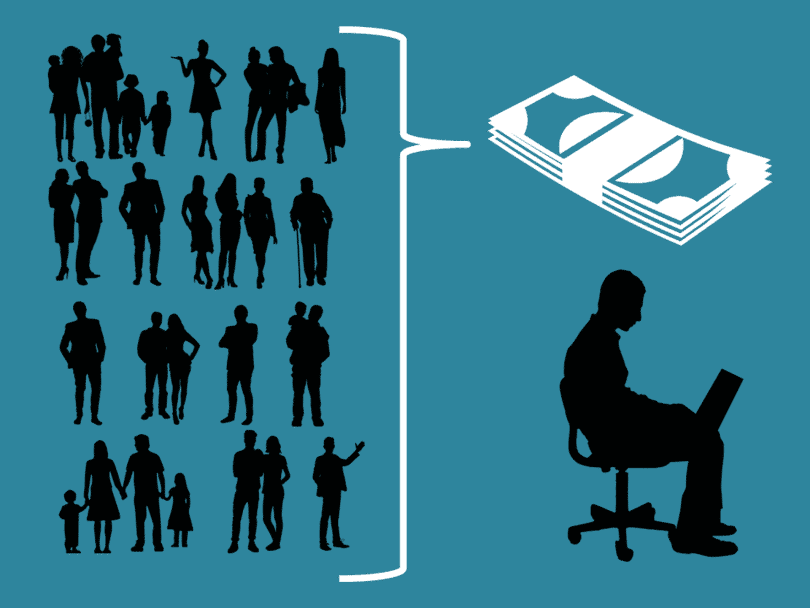 Online crowdfunding sites has become a major way for startups to obtain the capital they need to scale their innovations or projects. This funding model is not burdensome because various players and well-wishers willingly contribute money in small units. The British rock band Marillion became the first noteworthy instance of online crowdfunding in the music industry in 1997. Their fans underwrote an entire U.S by contributing US$60,000 in donations through the means of a fan-based Internet campaign. In 2015 alone, over US$34 billion was raised worldwide by crowdfunding according to research conducted by Cambridge Centre for Alternative Finance. In this article, we explain the best 5 crowdfunding platforms for your startup to raise capital.

This is an American founded site which has built a powerful brand in the crowdfunding community. Indiegogo allows fundraisers to create campaigns that range from tech innovations to creative works and community projects. The site offers both fixed and flexible fundraising models. The fixed model allows creating campaigns that need a specific amount of money while the flexible model is good for campaigns where the project can benefit from any funding without setting the standard amount to meet.  One disadvantage of a fixed funding model is that all funds are returned to the donors if the funding goal is not met. For this reason, most people usually opt-out for flexible funding as it allows fundraisers to get their funds whether or not they’ve met the funding goal.  The minimum goal for either type of fundraiser is $500.

For anyone interested in starting a fundraising campaign on Indiegogo, it is important to know that the platform charges a 5% fee on contributions. This charge is in addition to Stripe credit card processing charges of 3% + $0.30 per transaction. Some of the most successful and largest funded projects on Indiegogo include; Flow Hive; raised $12m, Sondors Electric Bike; raised $5m, Restore King Chapel Now; raised $5m, An Hour of Code for Every Student; raised $5, and Super Troopers 2; raised $4.5m

Kickstarter is has gained a reputation in helping tech and creative entrepreneurs to get the necessary funding for their projects. Over $4 billion has been solicited since 2009, funding over 155,000 projects in tech, arts, films and publishing. Kickstarter uses a fixed funding model; meaning that a fundraiser doesn’t get the funds unless if the campaign funding goal is met. In addition, the donors or funders’ credit cards can’t be charged until the fundraiser’s campaign goal is reached. Kickstarter charges 5% on top of processing payment charges, which is between 3 to 5 per cent per transaction. The site has launched some popular products that have ended up disrupting the market. These include the Pebble Watch; raised $20.2m, Coolest Cooler; raised $13.3m, Kingdom Death Monster 1.5; raised $12m. And many other projects that have received millions of dollars through the crowdfunding model on the platform.

This is a fee-based crowdfunding platform which allows both rewards-based and equity-based campaigns for small businesses. The platform is a perfect fit for Startups seeking to engage a large network of Backers to raise capital.

According to fundable.com website, each startup must create a Company Profile that provides an overview of the company, product, and funding goals. Newly created profiles are reviewed by the Fundable team to make sure that they are a good fit for the platform.

Startups can offer potential backers Rewards or Equity in exchange for funding (but not both simultaneously). Rewards are items of value, such as a pre-order of a new product or services the startup can render in exchange for support. Equity is a share of stock in the company offered to a Backer in exchange for capital. A successful Rewards raise can be a great foundation of support for a subsequent Equity raise. Backers can easily view your fundraise and commit funds to your company directly through your profile. For Rewards raises, the minimum commitment for Backers can be as little as $1, and backers can make a simple contribution via credit card. For Equity raises, the minimum commitment is $1,000. Equity commitments are processed offline (these are typically wire transfers and checks). Various consulting services are also offered to help companies establish successful fundraising strategies. The platform also has the support and financial backing of Virtucon Ventures, a Columbus-based investment company which is the sole investor in the firm. It also has a small group of business advisors, including Mark Nager, CEO of Startup Weekend.

Republic is a crowdfunding and investment company that lets people invest as little as $10. The founders of this republic are alums from both Uber and AngelList, which gives it more credibility in the world of crowdfunding and investment. The platform has distinguished itself among others by presenting itself with a standout social user interface, including neat features like investment groups, as well as ultra-low minimums (as low as $10 for some investments), which is quite low even among other crowdfunding portals. Republic financial investments are fit for early-stage startups looking to be funded. Some cases, companies offer additional perks based on higher investment levels (eg product samples, meetings with executives). All investments on Republic use a variation of what’s known as a Simple Agreement for Future Equity (SAFE), which has a bit in common with a convertible note but is not actually a debt instrument. Republic has a standout investor education section, which includes a super-handy calculator for previewing the outcome of various exit scenarios for a SAFE investment.

Republic charges offering companies a 5% commission on the total amount raised and also retains 2% of the securities themselves. So in the case of the maximum $1M annual raise under Reg CF, Republic collects $50,000 in commission and receives SAFEs with a nominal value of $20,000.

Kiva uses an online lending and crowdfunding mode to enable low-income entrepreneurs and students in 77 countries easily acquire loans. Kiva has gained a reputation and recognized by companies like Google.  Its primary mission is to expand financial access to help underserved communities thrive. Over 1.6 million loans, totalling over $1.33 billion have been crowdfunded since its inception in 2005. The platform has over 1.8 million lenders worldwide. The repayment rate is 96 and 97 per cent, making an interesting platform.

Success Tips for Startups and Entrepreneurs

Why a startup doesn’t need a Business Plan