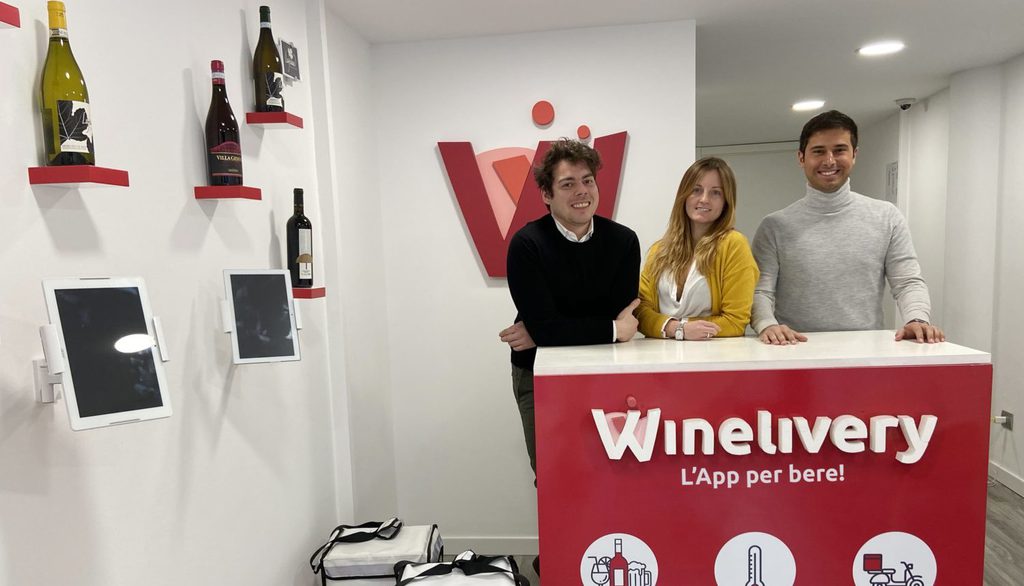 After his degrees at Università Bocconi, Mannheim Business School and University of Milan, he developed his early professional career in BTO S.p.a., starting as Innovation Consultant and then founding the internal startup Btech (that was brought to break-even in less than 12 months), was assigned in 2015 to the role of Head of Consulting and Information System. Before to close his experience in BTO S.p.a. was promoted to Group COO.

From 2016 is working full time as CEO of Winelivery but also he collaborate with Starboost Srl as Senior Advisor.

Before the degree he already had two experience as founder (TWH Events and Tonightin.it).

After her first degree in Physiotherapy and the collaboration with the University of Pavia, she went through another academic path achieving a Master in Luxury Goods Management. With an international background and an eclectic profile she is able to fluently speak four languages.

She is Winelivery’s Communication Manager & Press Office  since the foundation enforced by her analytical approach and attention to a continuous self education.

She is recognised by the market as a SEO & SEM Expert and being invited as speaker in many events on this topic.

Graduated in Marketing Management from Bocconi University and with a Master of Science in Strategic Management from the Rotterdam School of Management (RSM),he began his professional career at BTO S.p.a., first contributing to the European development of the company as “Head of International Development”, and then, from January 2017, to be appointed Managing Director. After taking part in the foundation of Winelivery in 2016, he returned to the company in November 2018 with the role of CFO and Deputy CEO.

The idea of Winelivery came in the early 2015 when, during a dinner at one of the founder’s place,  we run out of alcohol. So we thought it could be great if it was possible to order some via app… but at that time no one delivered alcohol in less than 2 days! 2015 saw in Italy the growth of all the main delivery services, especially the ones dedicated to the “last mile” food delivery, but no one was focusing on beverage. On the other hand in the US there were already 4 companie entirely dedicated to alcohol delivery, all of them making great incomes. What else we should have done other than being the first ones to start an alcohol delivery company in Italy?

Your products and services

Winelivery offers on one hand a last mile delivery service focused on wine & beverage: each bottle is delivered in less than 30 minutes and at the right consumption temperature. Through the app and the website it’s also possible to pre order any product and send gifts with a nice package and a handwritten card.

On the other hand the platform is used as privileged marketing channel, a media through which Brands and Producers can communicate and distribute their products. Winelivery’s offering is multi-level, according to the client’s needs the marketing team develops campaigns exploiting both it’s social network and it’s platforms to convey any kind of communications.

Winelivery is innovating the communication and beverage distribution model, becoming the unique interlocutor able to connect producers and Brands with consumers, strengthening the relation and limiting inefficiencies, as those of the traditional value chain.

In a sector now characterized by a multitude of actors, Winelivery is positioned as a platform, for producers and Brands, capable both of enhancing products with an excellent service to private consumers, and of creating and managing marketing campaigns to stimulate brand awareness or launch new products.

Technological and service excellence is accompanied by a widespread distribution throughout the territory, focusing primarily on last mile delivery, but also on new concepts that can be adapted to cities with lower population density.

Uniqueness of the channel – through it’s platforms the company is able to create a deep bond between producer and consumer, transmitting to users not only the product but also its history and culture.

Product positioning – Winelivery is a premium service, not competing with other players on the price. This allows to help brands creating a relatively high positioning of their products during the launch phase.

Proprietary and profiled user base – Wineliverys user base is deeply profiled and constantly growing. The average user is high-spending and is sensitive to the communication of the manufacturing companies.

Winelivery has a dual business model:

on one hand it is a “Retailer”: in fact, it sells with direct margins on the purchase price agreed with the suppliers, who place the goods in consignment stock in Winelivery’s warehouses. The reference market is mainly B2C. Furthermore, the same assets are used to serve the Ho.Re.Ca market with last-minute supplies and for corporate gifting services. The operating model envisages both the way in which operations are entirely insourced or by outsourcing the operational and delivery part.

On the other hand Winelivery is also a “Media”: it positions itself as an online shop window with a proprietary client base and, thanks to those assets, is than able to sell marketing and communication services to producers & Brands.

The opportunity to rapidly scale up both sides of the platform it’s really appealing: the greater the geographical spread is, together with the widespread dissemination of retail services, the greater will be the appeal of Media services for producers and Brands.

Winelivery can boast of not having direct competitors. There are few comparables such as Food delivery services and Wine E-commerce. The first category offers a fast delivery but low focus on the product, the second, while offering a wide selection of bottles, has a longer delivery time (2 days commonly).

LaserAid : an Italian Startup that works to increase safety on the roads and in every risk environment